There will undoubtedly be times when life seems stressful. Stress is caused by the way we react to various factors and it can create physiological damage if unchecked. If stress accumulates, the toll you pay may be your heart health.

The relationship between heart disease and stress is obvious yet it is difficult to define. Researchers may feel frustrated at the inexactness of anxiety, anger, hostility, time pressure and work strain. Yet virtually everyone has experienced stress and everyone understands that it has an adverse effect on health.

When we feel physically, emotionally or mentally threatened, we react spontaneously. When physically threatened, the ‘fight or flight’ response serves us well, for example enabling us to jump quickly out of the way of an oncoming car. At that time, a complex cascade of stress hormones allows for an increase in energy production. However, these biological changes are more appropriate to physical threats (such as an oncoming car) than the social and mental threats we commonly face in modern society (such as an unexpected phone call from our child’s teacher.) Under all circumstances, the flight or fight response is meant to be temporary. Long-term elevation of stress hormones is chronic stress which wreaks havoc, whether in the form of greater insulin resistance, weight gain, higher blood pressure or full blown heart disease.

Causes of stress in women

Cortisol is a stress hormone best known for its involvement in the fight or flight response. Scientists are not sure whether, under stress, women produce more of it than men. But they do know that once the process begins, recovery is slower in women. Scientists have found that women’s stress levels at work remain elevated and more likely to spill over into non-work situations. In the context of cardiovascular disease, in women, marital and family stress is even more likely to contribute to cardiovascular disease than work stress.

Read article in Healio Cardiology Today about young women with CHD under mental stress and how myocardial ischemia (lack of blood flow to the heart) is more of an affliction associated with psychological stress in young and middle-aged women with heart disease than in men of the same age.

The TM technique can help.

Over 360 peer-reviewed published studies on the TM technique have shown remarkable benefits for women, including reduction of stress, increased resistance to stress, and faster recovery from stress. “No other ‘stress management technique’ has anywhere close to this amount of hard data in support of its claims to reduce stress”—Norman Rosenthal, M.D., Georgetown Medical School; previously senior researcher at NIMH

In one study, 30 post-menopausal women were subjected to a metabolic stressor. Of these, 16 were long time practitioners of the TM technique and 14 were matched controls. Before the metabolic stressor, the cortisol was the same for both groups. Afterward the cortisol rose faster in the controls and later indications were that cortisol was 3 times higher. This study shows that the practitioners of the TM program were more resistant to factors that cause stress. (Read paper in Annals of the New York Academy of Sciences)

In a second study comparing a group practicing the TM technique to a group receiving health education, the baseline (day to day) level of cortisol after 4 months was one third lower in the TM group than in the health education group. This indicates that the benefits of TM practice are superior to health education alone.

In conclusion, both as a preventative measure and as a reparative tool, adopting the Transcendental Meditation technique as part of your daily routine will help you achieve your goal of a healthy heart. 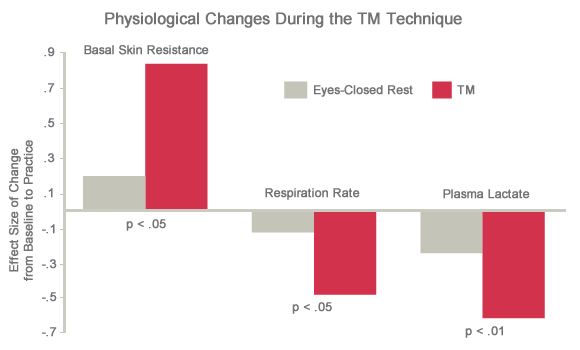 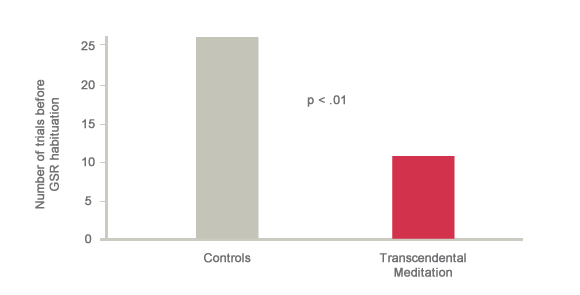